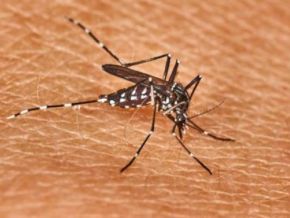 Yes, there is a risk of dengue epidemic in Cameroon !

A research between 2006 and 2008 revealed some traces of the virus in the country.

Formerly found in South-East Asia, it is now increasingly found elsewhere. It actually affects more than 100 countries in the tropical area. About 390 million cases are reported annually, 96 million of which show clinical signs.

Though it is less frequent out of the tropical zones, some cases have been recorded in Europe (Croatia, France, and Madeira mainly). In 2007 and 2008, some outbreaks were reported in about 2 countries in the South- East Asia and the Pacific region, Latin America as well as in many Central African countries (the World Health Organisation).

There are four distinct serotypes of Dengue (from DEN 1 to DEN 4). The incubation period is 4 to 7 days after the infectious bite. Most of the affected people do not show clinical signs but those who show signs usually start with sudden high fever, which can be followed by headaches, muscle and joint pains, nausea, vomiting, and rashes. Generally, all the affected show signs of flu.

Dengue is self-limiting and healing occurs 3 to 4 days after the rashes appear. However, there could be a potentially deadly development (hemorrhagic dengue).

Though no dengue epidemic has been reported in Cameroon, there is a potential risk. Some traces of the DEN 1 and DEN 2 serotypes have been discovered between 2006 and 2008 by researchers in the framework of a project named EPIDENGUE. From their researches, it appears that the G type immunoglobulin is prevalent in 60.8% of the population in Douala and in 23% and 9% in Garoua and Yaoundé respectively.

Late 2015 and early 2016, Dengvaxia (CYD-TDV), the first anti-dengue vaccine was discovered and licensed in many countries. Some other vaccines are also being developed.

Actually, the only prevention method is good environmental hygiene and protection against the main carrier by using recommended tools (insecticides, insecticide-treated nets, mosquito coils and spray).

An early diagnosis and treatment can also help save lives.