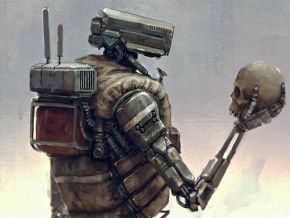 Is it true that in Cameroon, only the Bamileke preserve the skulls of their deceased?

It is said that this practise is performed in Wester region of the country only.

Contrary to popular belief, the Bamileke are not the only ethnicity to preserve the skulls of their deceased for cultural purposes in Cameroon. According to an article by Ethnologist Françoise Dumas-Champion, entitled “Le mort circoncis. Le culte des crânes dans les populations de la Haute Bénoué (Cameroun / Nigeria)”, released in Systèmes de pensée en Afrique noire (1989, 33-74), preserving skulls for cultural reason is a widely spread custom, practised not only populations of Western Cameroon, but by some of Haut Benoue also.

The article which disclosed results of a study of the Koma ethnicity in Haut Benoue, states that the Koma, the Dowayo, the Papé, the Vérés, the Duru, the Voko, the Mumuye, the Mumbake, the Gabin among others, just like the Bamileke preserve skulls. Others living under a monarchy, such as the Duru, the Bata, the Bacahma, the Chamba, the Daka exhume skulls of kings, chiefs, blacksmiths, elders and leaders.

For all the ethnicities practicing this custom, the common point is that it is done so that the deceased moves from its mere status of dead to that of ancestor. Most often, once retrieved, the skull is laid in a sanctuary which can be visited the family of the deceased, his heir or initiates that wish to ask the spirit of the concerned to answer some prayers.