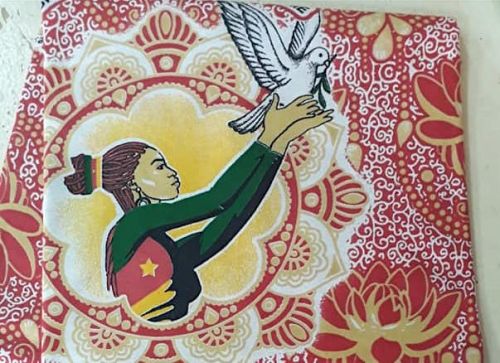 No, the shortage of the IWD’s fabric is not due to speculation

With less than two weeks to the celebration of International Women's Day (IWD) on 8 March, people in Cameroon are complaining about the shortage of the fabric chosen for the event.

Some say this is the result of speculations maintained by traders who, they say, “seek to resell the fabric later at twice its price.” In reality, this shortage is due to “a lower production” this year, says Edouard Ebah Abada, MD of the Cameroon Industrial Cotton Company (Cicam), the main textile manufacturer in the country, in a note published on 28 January. Four to five million meters of the IWD’s fabric are sold each year by Cicam. A figure that will not be reached this year because of a production deficit.

“We had planned three million meters and to date, we are, in terms of production, at 700,000 meters. (...) We have almost a million meters (of fabric) blocked (in Asia). Due to difficulties at the port of Douala, out of the 1.6 million meters coming from West Africa, we have only been able to receive 400,000 meters,” explained Ibrahim Pitti, sales administrator at Cicam, in an interview published on 19 February by Cameroon Tribune.