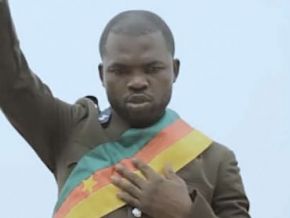 It is true: the rapper One Love asked Vision 4 not to play his songs!

Some people say that the tribalistic statements of this channel annoyed the singer. True?

Steve Roland Etogo alias One Love, known for his rap songs inspired by the political news, has just forbidden the TV channel Vision 4 from playing his songs. This is because this channel has shown tribalistic tendencies during its shows Tour d’horizon.

Indeed, during a recent edition of that show, one of the presenters, Ernest Obama spoke out against a “certain tribe” which would be preparing to install one of its members as the Cameroonian president in 2018. Many times during the show, he qualified that member as a “penalty shooter”. Doing this, the presenter took the television as an ethnic tool.

Such statements annoyed many people, One Love being one of them. The singer of “Bami Bami” ( a song which according to the singer, promotes tribality and not tribalism ) asked the channel not to play his songs if Ernest Obama does not publicly apologize. However, it is unsure if this channel would consider his decision…