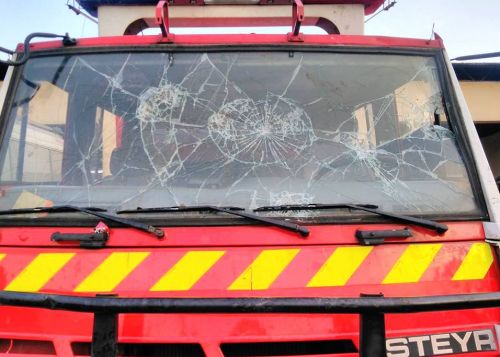 It is true: The residents of Douala have damaged firefighters’ car

This happened in the neighborhood called Dakar in Douala, in the evening of April 23, 2018.

On Facebook and some Cameroonian entertainment websites, it is revealed that the residents of Dakar, a neighborhood in Douala damaged firefighters’ car when they came to extinguish a fire outbreak.

This is not a fake news. This occurred on the evening of April 23, 2018. Besides, the information was posted for the first time on the Facebook page of the Cameroon firefighters’ department (Sapeurs-pompiers Cameroun). 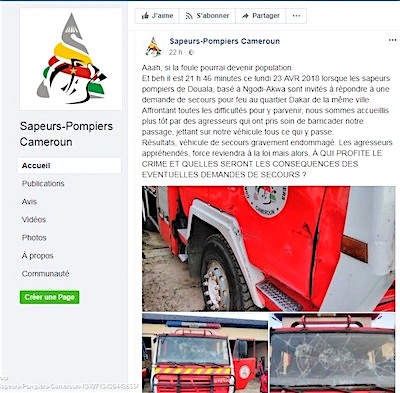 Indeed, called to extinguish the fire outbreak, the firefighters of Ngodi-Akwa were attacked at their arrival by the residents who had erected barricades. In the process, a car was destroyed.

According to one of the witnesses, they were attacked because they came late and the fire had already destroyed the building. This was then the residents’ way of expressing their discontent.