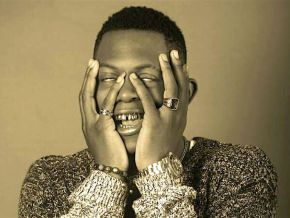 Is it true that Tenor failed the Baccalaureate this year?

Rumors suggest the young rapper did not pass the exam which seals high school.

Since last Tuesday, candidates of the Baccalaureate have been rejoicing in towns and villages all over Cameroon, after results have been proclaimed. Not all unfortunately, and among these is, reportedly, renowned rapper Tenor.

Truth is, the 19-year (born on April 11, 1998, according to his official biography) young man did not even go to the exam this year. “He did not attend classes this year,” says his manager, Taphis. The artist put his schooling on hold to focus on his career. “He is not even in the general secondary education system as many haters claim. He is taking the technical education course,” affirms Taphis, clearly angered by those that wish to hurt his protégé.

Tenor, whose real name is Thierry Mengoumou Ayia, is one the top rappers of Cameroon ; A title he owes to his "Do le Dab" track, and which took him on various stages and won him over many fans. Actually, it seems school has never been an issue for the youth. According to his biography on his official Facebook account, he got his junior high school final exam (BEPC) in 2009 at the La retraite de Yaoundé Junior High School. He was 11 at the time !

“Interested in music and marketing, the young prodigy started offering technical studies, commercial communication and action to be precise, G3 as it termed. There, he completed his second year of High School at Edea obtaining his probationary exam,” says his official Facebook account.

Though he got absorbed by his music, he is not done with the Baccalaureate.