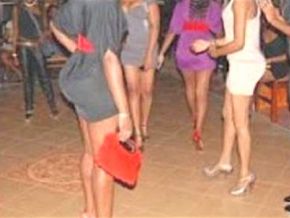 It is rumored that young girls in this network sell sexual services.

It is true that on Facebook, Instagram, Snapchat and Twitter there is a group of people claiming to be part of a sex trading network. Present on Facebook for more than year, using a pseudo recalling a hot fruit used as ingredient, and a Cameroonian phone prefix, this group has been signaled on various occasions by internet users that found their posts inappropriate. The page has nearly 4,240 likes and a bit more followers.

The accounts used are decoys; usually, none of the activities related to the promiscuous group is conducted on them. However, at times, some provoking pictures and messages are posted to convince the most incredulous about the nature of the network. Administrators get paid via Orange Money, using a WhatsApp group to stay in touch with their clients and conduct business. This is done in order to preserve the identity of both clients and workers.

Though the groups may appear as sex groups, they have characteristics of scams and catfish scheme. Indeed, they often use pictures taken from pornography websites, or Facebook accounts, which have nothing to do with Cameroon.

Moreover, Orange Money numbers they use to cash payments are never the same. Putting these numbers into number research apps such as True Callerd ID or Call app, one easily finds out that their owners’ identity changes constantly and are not clearly defined. People that therefore voluntarily contact such groups should be extremely careful…