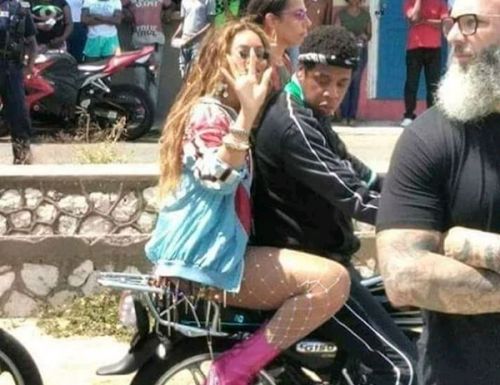 No, this picture of Beyonce and Jay-Z was not taken in Douala

Has the most renowned couple in the history of American music been spotted in Douala?

A picture published on Facebook on March 22, 2018, has been excavated by another Facebook user who was asking whether the couple was really seen in Douala, Cameroon.

In the picture, Beyonce (wearing turquoise blue bombers, white fishnet stockings and pink boots) is seen sitting on a bike behind her husband (in a jogging suit and a bandana around his head).

The couple was not spotted in Douala. The picture was in fact taken in Kingston, Jamaica, by onlookers when the singer and her husband were exploring Bob Marley’s neighbourhood.

A reverse search on Google indicates that the picture was posted online in March 2018. It was notably used to illustrate English, French and Portuguese articles. It was also shared on social media.