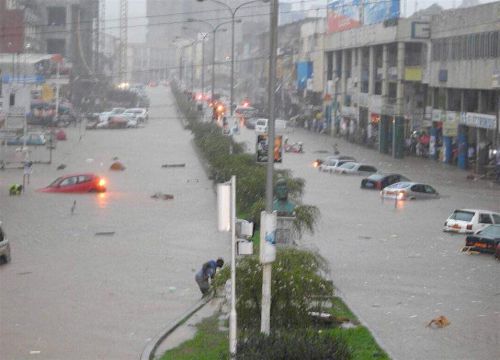 Is this Kennedy Avenue?

It is said that the avenue is in this state because of heavy rains on February 26, 2018. True?

On February 26, 2018, a heavy rain fell in Yaoundé. As is the case every time after rains, Kennedy Avenue got flooded. As usual, the avenue was filled with cars so, they were engulfed by the water.

Despite the various urgent measures taken from time to time by authorities, the problem has been persisting for years. For instance, on June 13, 2007, Gilbert Tsimi Evouna, the government delegate announced in the columns of Cameroon Tribune that the gutters and nozzles installed not far away from Mfoundi river would be dredged.

However, the repeated dredging had no effects, because the gutters have become dumping grounds. At the time,  Tsimi Evouna also exhorted citizens not to fill the river with garbage and criticized the traders who dump garbage in the gutter daily. This garbage obstructs the canalization, water then floods the roads during heavy rainfall.