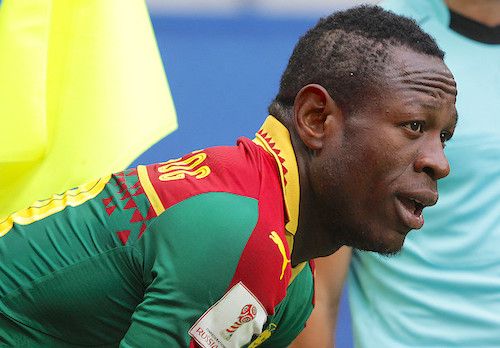 It is said that the striker donated that amount to his compatriots quarantined in China because of the coronavirus epidemic. Really ?

Since February 25, 2020, many reports have been circulating on social media about a XAF10 million donation provided by Cameroonian footballer Christian Bassogog to his compatriots quarantined in China because of the coronavirus (Covid-19) epidemic. What was a rumor till now has been confirmed by the footballer himself.

The striker announced that he would donate XAF10 million to Cameroonian students who live in the Chinese cities affected by the Covid-19. “This money is to help Cameroonians living in China, students in particular,” said Christian Bassogog who was granted an audience by the delegated minister of external relations Felix Mbayu.

The 24-year player was accompanied by his new spouse, according to sources within the ministerial department. According to the ministry, some 300 Cameroonians (most of them being students) reside in the Hubei province. That includes the 200 living in Wuhan, the epicenter of the epidemy officially declared in late December 2019. That epicenter was quarantined on January 23, 2020.