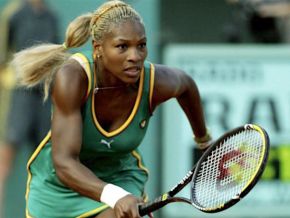 Is Serena Williams really from Cameroon?

Yet in 2002, rumors about her Cameroonian lineage emerged after her participation in the Roland-Garros tournament.

Two days ago, a Facebook user rephrased Serena Williams’ biography. In that revised biography, she is no more Serena Jameka Williams but Tatchim Makuaté Serena Maguerite from West Cameroon. 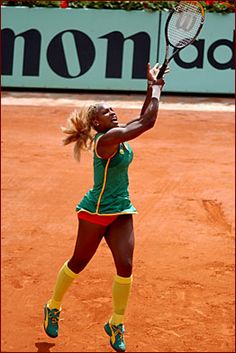 To illustrate it, this user posted images from the match the US player played against the Slovak Martina Sucha during the Roland-Garros on May 29, 2002. Indeed, during the match, she wore a green dress with yellow edging, red shorts with matching yellow shoes and socks. All these attires remind curiously of the Cameroonian football team’s jersey at the time.

Even though today many people find the claim of Serena Williams being from Cameroon very amusing, in 2002 when the rumor sparked for the first time, many people believed it. Let’s remind that it was during the 2002-2012 period that the lineage of many celebrities such as Eddy Murphy and Spike Lee were published online.

Unfortunately, for those who would still like to believe the claim, Serena Williams is not from Cameroon. Her outfit in 2002 was an idea of her then outfit provider Puma which is, by the way, the outfitter of Cameroon’s football team. Serena Williams further revealed "Cameroon is the best team in Africa. I met them in Sydney when they were the Olympic champions. I’m their fan."

So far, nobody can tell the African country Serena Jameka Williams and her sister Venus are from because no research to trace their origin has been published. Nobody even knows if they requested it. However, there were rumors about a possible Nigerian descent. The evidence used for these rumors is their late sister’s first name “Yetunde” which is a Nigerian first name. On October 31, 2012, Venus Williams  (Serena’s sister) cleared those rumors when they were in Lagos in the framework of the “Breaking The Mould” initiative organized by Octagon and Connect Marketing Services Ltd.  "This is another country that we would love to come from but we are from the United States and are proud to be from there as well".