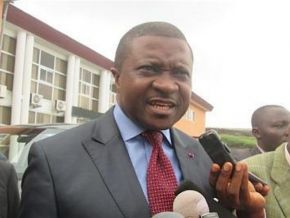 Rumors on social media claim so.

In a statement published on March 26, 2018, Massena Ngalle Bibehe, Cameroon’s transport minister bellied the rumors, on social media, about an accident that allegedly occurred in the west of Dschang on March 25, 2018.

According to the statement, “consistent reports confirm that there was no road accident neither in Dschang nor  its environs. Consequently, he [the minister] denounces the lack of civil responsibility of those who use social media for large-scale disinformation.  He also reminded them that they are liable to repressive sanctions prescribed by Law.