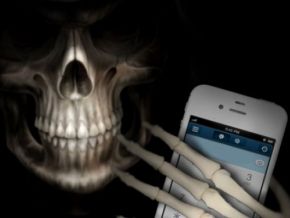 A WhatsApp message claims people died suddenly in Melong after picking calls from this number. Is it true?

For days now, a WhatsApp message has been cautioning against picking calls from the number 665666666. According to the post, many people in Melong died doing so.

The said message gives no indication of the circumstances surrounding those alleged deaths nor does it mention when it happened. In fact, this is a hoax.

Sources at Nexttel indicate that these are totally unfounded rumors. Proof of this is that no deaths have been reported by public authorities or local media in Melong.

This is not the first time such rumors are being spread and it is not limited to Cameroon. In 2004, a similar rumor sparked in Gabon. In view of the extent of the rumor at the time, the managing director of Telecel, the operator who sold the numbers said to be killing people, published a denial in the media.

This hoax first appeared in July 2004 in Nigeria and has taken an international dimension, according to Julien Bonhomme, author of “Les numéros de téléphone portable qui tuent. Epidémiologie culturelle d’une rumeur transnationale” (The phone number that kills : cultural epidemiology of a transnational rumor) published in 2011 by “Tracés”, a social science journal.

“Significantly, the rumor of numbers that kill was born in Nigeria, less than a year after a national cellphone boycott day was organized in September 2003. Nigerians criticized operators for excessive prices and a lack of network reliability. For instance, calls are frequently interrupted and callers can sometimes be connected with an unknown interlocutor. People even claim that the rumors of numbers that kill could have been spread by unhappy users,” the author wrote.

“Conversely, it is also said that operators were the ones to launch the rumor to warn users after the protest day. So, this rumor appeared amid keen interest for mobile telephony and defiance toward operators,” he added.

According to Julien Bonhomme, this rumor feeds on superstition. This rumor “exploits a worry inherent to phone calls: the threat of anonymous calls. While in Africa the numbers that kill are presented as a new form of witchcraft, in Asia, there is a variant according to which, a virus is the cause of” those deaths.