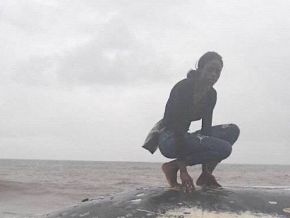 Is it true that a dead Sperm whale washed on the shores of Mouanko, in Cameroon?

It is said that the dead body of this huge whale was found on the Yôvô beach. True?

Indeed, a 10m-long Sperm whale’s body was found on the shores of the Yôvô beach at Mouanko, which it is about 100km from Douala. Rowina Nguimbis, who took a picture on the animal’s body, says it was a moto-taxi driver that rang the bell about the discovery. “It happened in the early hours of last Sunday, July 23rd,” says the young journalist, who comes from Mouanko. As soon as the news spread, the people of the locality ran to the beach, with cutlers and axes in their hands.

“While the people thought they would have their daily needs for fish met, conservation agents thought otherwise. The Sperm whale’s meat would not be best for consumption,” Rowina posted on her Facebook page. Truly, the whale might have been poisoned by chemicals or other products that are harmful to man. 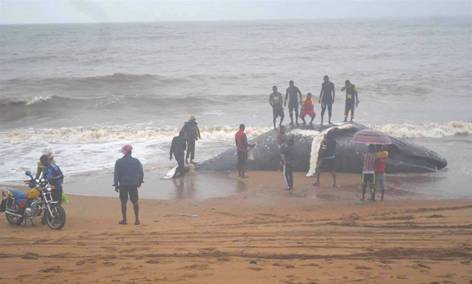 According to recent information, local authorities were looking for a way to remove the Sperm whale from the beach to avoid pollution. Also, knowing that the animal is a protected species, as it is endangered, its presence on the shores of Mouanko is quite intriguing.

However, website futura-sciences.com explains that it is found in all seas and oceans around the world […] with a particular preference for open waters whose depths exceed 1,000m.