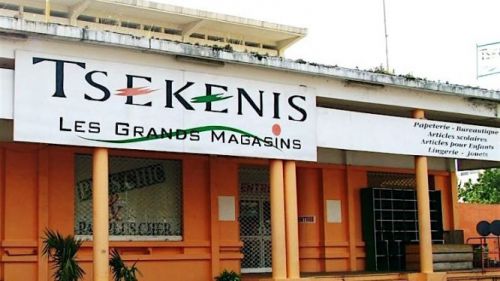 Tsekenis S.A is indeed under liquidation !

The Greek company’s creditors are invited to file their claims to the liquidator in Douala.

This is not a mere rumor; Tsekenis S.A is indeed under liquidation. During a Combined General Shareholders' Meeting on March 28, 2018, in Douala, the company’s early dissolution was decided. A liquidator has even been chosen and his name is Me. Charles Tchuente. Tsekenis S.A’s creditors are therefore invited to submit their respective claims to him, under penalty of foreclosure, within the time period set in Article 78 of Ohada uniform Act organizing collective proceedings for wiping off debts.

According to the article,"from the date on which the decision to open reorganization and assets liquidation proceedings was taken and up to the expiry of a period of sixty (60) days following the second publication of the decision in a newspaper charged to publish legal notices (…) all creditors in the body, except creditors of maintenance claims shall, under penalty of foreclosure, lodge their claims with the trustee". In addition, "Creditors residing outside the national territory where the proceedings have been open shall enjoy a time limit of ninety (90) days to file their claims (…) The same shall apply to a creditor who, before the decision to open, has introduced an order for a deed or, failure to have a deed, to ascertain his right"

On September 21, 2016, Stopblablacam indicated that the staff’s strike in Douala presaged a grim future for the Greek company. Indeed, the staff were requiring better working conditions as well as the payment of their salaries and bonuses from Andreas Tsekenis (the company’s founder Dimitri Tsekenis’ son).

It is worth reminding that Tsekenis S.A was established in Cameroon in 1948. Later, the competition got tougher with the arrival of French, Chinese, Turkish and Lebanese operators specialized in the wholesale and retail of home appliances, office equipment, and other products from the import-export sector.