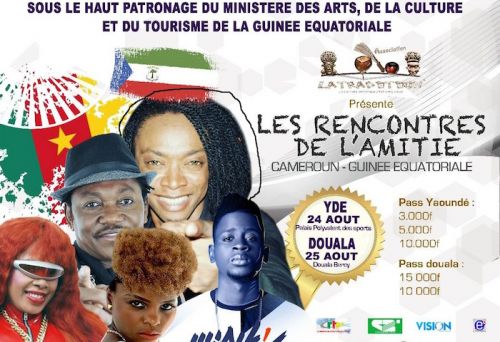 Yes, a singer from Equatorial Guinea has been scammed by Cameroonians !

It is said that Anfibio’s concert was canceled because the venue’s rental fees have not been paid. True?

It was initially planned that the Equatorial Guinean singer Anfibio would have two concerts in Cameroon; one at Yaoundé sports hall and the second one at Douala Bercy hall in Douala. The one to be held in Yaoundé was later canceled and Douala’s was maintained and extensively advertised for Saturday 25, August 2018.

The D-day, the public was informed that it has also been canceled. The reason? The venue's rental fees haven't been paid. In addition, the musicians and back up singers were not paid. In short, it is the classic pattern of what should be called “la frappe à la camerounaise”  (Cameroon’s strike) or “escroquerie version 237 showbiz” (the 237 version of showbiz scam).

So, broken were those promises of a concert with guest-stars like Coco Argentée and Ndedi Eyango. The tickets for this event pompously called “Rencontre de l’amitié Cameroun-Guinée Equatoriale” (Cameroon-Equatorial Guinea friendship meeting) were sold at between CFA5,000 and CFA15,000.

“Some few hours to the concert, I was obliged to tell the singer that nothing has been paid. This is what happens when you work with shady individuals”, Sylva Ebelle, the Douala Bercy center’s communicator, said today August 28, 2018, during the show Canal Matin on Canal 2 International. He also explained that the main culprit has been arrested.

All these indicate that the singer will no more think of giving a concert in Cameroon but, nothing is assured because nothing is impossible with Cameroonians…