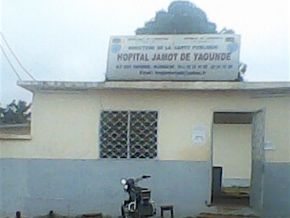 No, contrary to popular belief, Jamot hospital does not treat only mental illnesses

According to popular belief, this hospital center only treats mental illnesses. Is it true?

In Cameroon, when your actions or statements are confused, you will be asked to go for a check-up at Jamot hospital. Most of the time, it is for laughs or to insinuate a passing madness.

Truly, Jamot hospital in Yaoundé is the compulsory step for all those with mental illness there. However, the hospital also hosts some other departments apart from the psychiatric department. Indeed, according to Dr. Abena, a doctor who worked at the hospital, "Jamot does have a psychiatric center but, it also has a pneumology department".

Those with pulmonary diseases (tuberculosis notably) are treated at the pneumology department. Therefore, those with a simple or complicated tuberculosis are interned there except the mentally ill. The doctor also explained that general medicine is practised at the hospital center. So, those with malaria, diabetes as well as typhoid fever are also treated there.

Laquintinie hospital in Douala also has a psychiatric center. Jamot and Laquintinie are both secondary hospitals. It is worth mentioning that the Jamot hospital was named after Eugène Jamot, a French medical officer who helped fight the sleeping sickness in Cameroon in the 1920’s.