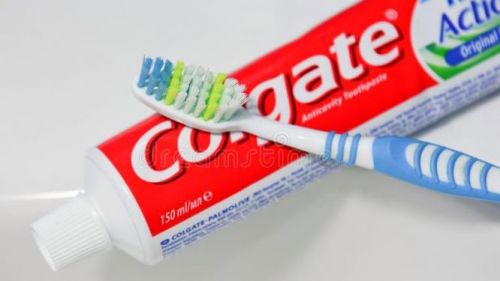 No, there is no recent health alert involving Colgate toothpaste !

For some months now, on African Social media forums, an alert supposedly issued by France consulate warns that a counterfeit and deadly Colgate toothpaste is being sold in markets.

For a while now, an image of a statement supposedly published by Véronique Brigaud (who has been the general secretary of the Union of French citizens in Senegal since March 2007), is being shared on Facebook pages and on WhatsApp by Africans. The statement claims that a counterfeited version of Colgate toothpaste is being sold in markets. This toothpaste, according to the message, was fabricated in China and on it, there is the stamp “Made in South Africa”. Forty people have died from using it in the USA, the misleading statement claims.

The image has been extensively shared and raised such a controversy to an extent that on July 27, 2018, Niger’s minister of public health Dr. Idi Illiassou Mainassara instructed the sanitary police to check whether such product was being sold in the country.

Let’s note however that in the United States of America, where the statement claims that 40 people have died from using the toothpaste, and Canada also, there is no recent alert about Colgate products. The only serious alert dates back to 2007 (June 8, 2007 to be precise) when a statement published by Reuben Mark, Colgate Palmolive‘s CEO, explained that some 100g Colgate-branded toothpaste containing diethylene glycol (instead of fluoride), a potentially risky component for consumers’ health (according to Colgate-Palmolive and the US Food and Drug Administration) had been found in shops in New York, New Jersey, Pennsylvania and Maryland. Those tubes of toothpaste were marked “Made in South Africa” and there were numerous spelling errors (“isclinique”, "SOUTH AFRLCA" and "South African Dental Assoxiation”) on the package.

Unlike what is recently being said on social media, China was not the exporter and at the time, Colgate-Palmolive was working in collaboration with the US Food and Drug Administration to identify the unknown producers of such counterfeit.

There is, however, a similarity between the message actually being shared and the information reported by some media two weeks before Reuben Mark published his statement.

As far as the 40 dead are concerned, eleven years ago, there was no mention of deaths caused by the use of counterfeit toothpaste.

Though there is no trail of denial on internet, let’s remind that KAPITALIS, a Tunisian news website after it published the alert allegedly written by Véronique Brigaud clarified in 2011 that France consulate denied the authenticity of such information.

In addition, www.hoax-net.be  which investigated the claim in 2016, found that the logo of “Algérie Santé” which issued the alert (according to the message) was different from the official one.