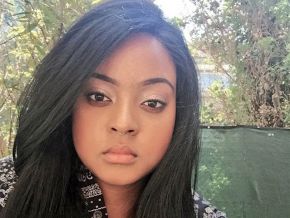 Is it true that Brenda Biya will study at ENAM this year?

On social networks, rumors say that the President's daughter will study at the administration institution.

It is spreading like wildfire. That is the rumor according to which the President’s daughter will enroll at the National Magistracy and Administration School (ENAM) of Yaoundé this year. Indeed, it is being said that she will probably enter the school for the 2017-18 academic year. That is not true.

A visit to the ENAM itself helped deny the rumor which clearly states that Brenda Biya is on the list of candidates selected to pass the entry exam to begin the B cycle (a year of training for the upcoming States agents).

At the ENAM, the released lists show the names of 1,538 candidates who are actually passing entry exam to begin cycle A (2 year training) for the Customs section. And nowhere on these lists is the name Brenda Anastasie Biya. It is a joke which the young lady is probably laughing of, in U.S where she actually studies.

As for the cycle B, candidates for the exam will wait a bit more since the definitive list is yet to be released. As for those claiming they saw Brenda’s name on that list, they should go back take another look at their crystal ball. Finally, a statement from ENAM’s director in person indicates that “due to issues with some administrative exams,” schedule for ENAM’s examinations was amended. Initially to be held on September 2 and 3, 2017, the entry exam for cycle B was postponed to Sept. 16 and 17, 2017.