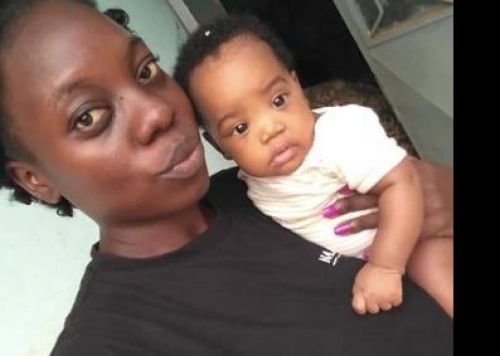 No, the woman on the picture is not the kidnapped baby’s nanny but rather her mother

Since November 28, 2018, an alert is being shared on Facebook about a baby who has been kidnapped. In the alert, it is said that the woman on the picture with the baby is the nanny who kidnapped her. Is it true?

On November 28, 2018, a Facebook user posted the picture of a woman and a baby on his wall commenting that the woman had stolen the baby. However, he did not provide details about the baby’s family or the places where the baby was stolen from but, he asked for his post to be extensively shared. This post has indeed been shared 246 times (at the time of writing) but the information is not quite true.

What is true in the picture is the disappearance of the baby, a 2 and a half months old baby (a girl), presumably kidnapped by her nanny. But, the image posted by this user is not the nanny but the baby’s mom Yvette Aicha Ayanga who first announced her baby’s disappearance on her Facebook page on November 28, 2018, at around 7 PM and called for extensive shares.

The nanny’s name is Kembong Clarisse. Fair in complexion, she is about 1.64 meters tall and weighs 75 kg. On about half of her forehead and on her left cheek, there is a dark spot.

The baby’s mother having to tend to her job during the day, used to leave the child with her sister and the nanny at home. The day the baby disappeared was the first time the sister left the nanny with the kid at home for about an hour. The babysitter took that opportunity to vanish with the baby taking a sky blue cover as the only personal item for the baby.

It was about 12 PM when she left the mother’s residence at Essomba, Yaoundé. She has not been seen since and the baby’s family has no idea where she lives neither do they know any of her relatives in the town. In addition, her phone number is now unreachable.

It is by going from door to door that fifteen days earlier (November 15, 2018) Kembong Clarisse landed this babysitting job. A copy of her national ID Card will be the only bona fide she gave her employers.