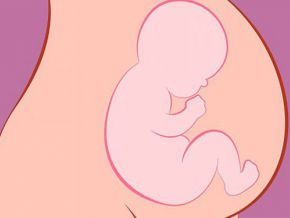 Is it true that a Chinese restaurant in Douala is keeping fetuses in its cold room?

It is said that it was the police that discovered it?

For a few weeks now, an image showing a horrifying scene, with a significant number of fetuses in a container, has been circulating on social networks. The picture, which spurs anger and sadness in many Cameroonians, comes with messages warning against Chinese restaurants.

The people that posted the images say they were taken in a Chinese restaurant located in Douala where the police found the fetuses in a fridge. Which restaurant exactly ? None of the posts seems to mention it. However, a quick search online reveals that the rumor dates from February 2016, in Cameroon, and from 2007, in China.

Indeed, the images were relayed on multiple occasions, first to illustrate cases of illegal abortions in Thailand, and also to back a rumor of cannibalism that gets its roots from a controversial art exhibition at the Shanghai arts festival organized in 2000 by Chinese artist Zhu Yu.

As for Cameroon, most strangely, no public or private media has made an announcement regarding the rumor, despite its graveness. And though no information concerning the date at which the pictures were captured, and the actual circumstances under which they were, fast-checking website www.snopes.com, says the rumor about the fridge is fake, while suggesting that the controversial image has been taken in a temple in Thailand, in 2010. In this temple, about 2,000 fetuses were hidden by abortion clinics operating illegally in the country.