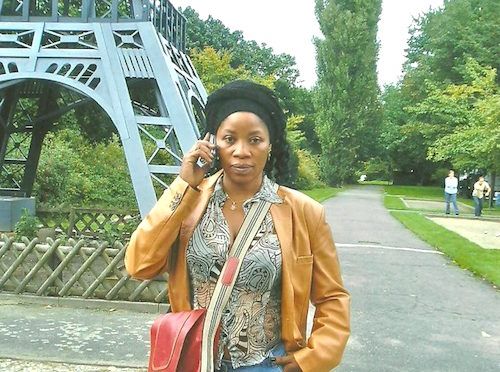 No, K-Tino's show in France has not yet been canceled!

Rumors have it that she will not hold the concert on November 7, 2018, following the boycott called by some Cameroonian cultural promoters in Europe. True?

Despite the calls for boycott of her coming show in France, K-Tino, the "La femme du peuple" stresses that her show will effectively be held on Saturday, November 7, 2018, in Lyon.

Indeed, K-Tino is on a list of artists banned  from taking part in concerts in Europe and the US. They are criticized for taking part in a concert-meeting organized by the RDPC (the ruling party) last October 6.

One of the critics wrote the following words on Facebook: "… for me it is sardin'Art period! An artist, a real one, a pure one conscious of the nobility of their artistical approach must always be on the side of the oppressed, the artist must stand up against all forms of injustice, tyranny and other violations of freedom."

"With those pressures, the show of the singer Coco Argentée of next November 3 has been canceled in Germany", one of the singer’s Cameroonian staff said. The Cameroonian showbiz world is this divided over this new dispute.

K-Tino, as to defy the critics wrote this on her Facebook page: "I’m called #NKOU, the salt. Banned for a dozen of years in certain media, I have become the woman of the people, I have my freedom of choice and expression, I am an artist. All my weekends are filled… Those who think that they are threatening me or preventing me from doing anything are not yet born… Mfang ngoan Tsinga...My real fans will attend my concerts, I don’t care about the haters and tribalists...#K-Tino to kobooo, The Queen of Bikutsi".

Overall, political and ideological divergences have come to the show-biz world.