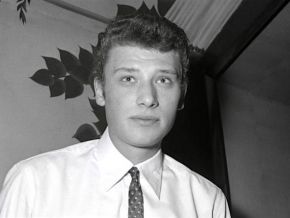 Johnny Hallyday was expelled from Cameroon in May 1968

It is said that during the preparation of his concert in Yaoundé, the late French rocker beat a Central African official. True?

The late Johnny Hallyday had a troubled history with Cameroon. On Friday, May, 10, 1968, he was 25 when he came in Cameroon for the first time. Hours later however, he was asked to leave the country. At the time, he was accused of beating a Central African diplomat.

The official was the Central African minister of civil service. The scene took place at hôtel de l’Indépendance in Yaoundé. Ahmadou Ahidjo’s government was not tolerant. This is how the renowned rocker’s third African tour ended. The tour included Dakar, Niamey, Ouagadougou, Kinshasa, Fort-Lamy (Ndjamena) and Yaoundé.

The mythic author of Ma Gueule has always said he was not guilty in this diplomatic incident in front of journalists. Nouvel Obs’s "Le Quotidien de 68" related the singer’s explanations (https://tempsreel.nouvelobs.com/societe/le-quotidien-de-1968/20080505.OBS2672/johnny-hallyday-reconduit-en-france.html): "A guy I obviously did not know said unpleasant things about us mainly because we have long hair. There were lots of people around us and I was in a hurry to collect my key and go to my room. The said guy was also in a hurry. He shoved me. I protested. He grabbed me, tearing my polo and breaking my necklace ». To Agence France Presse (AFP), Johnny Hallyday said that he did not lay his hand on the diplomat: "I did not beat him", he repeated.  "I cannot be held liable for the incident".

Anyway, witnesses and the archives will keep in mind that the young Monsieur Smet was nearly thrown in jail…