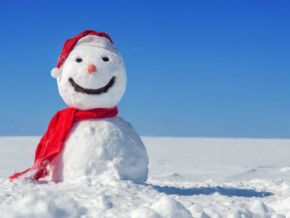 It apparently snowed in Bafou

It is said that this village in Western Cameroon was covered in winter’s white coat yesterday.

For several hours now, images representing the village of Bafou covered in white flakes covering its natural décor, have been generating a lot of surprise and comments on the social network Facebook. It is said in particular that snow fell on 19 June 2017 in this area of the country.

This information is false. The town was certainly the scene of an unordinary climatic phenomenon but based on the weather conditions needed for snowflakes to appear, particularly water vapour, temperatures below 0ºC and the presence of small airborne particles ; additionally taking into account the weather data for the town of Bafou during the whole day, we can say that it did not snow in Bafou.

Indeed, the average temperature in the town from 2 a.m. to 8 p.m. by two weather monitoring websites accuweather.com, weatheravenue.com was 16ºC. On the images, no airborne particle can be seen. In addition, several sources described, for that day of 19 June an intense heat in the town of Dschang; which suggests hail, more current when temperatures on the ground are extremely high.