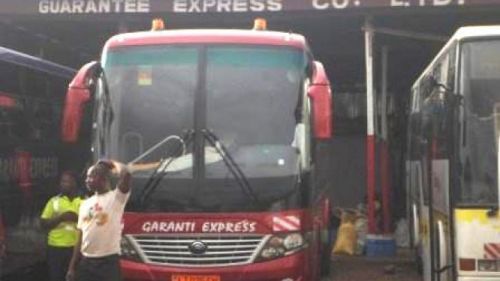 The agency of Garanti Express in Yaoundé is no more closed

It is said that the company has paused its operations. True?

Actually, there are rumors discouraging Yaoundé travelers from taking Garanti Express buses: “Garanti was closed since Friday. You’d rather use another travel agency”, those travelers are told. Truly, the agency had been closed on Friday 27, July for unpaid taxes, however, those seals were removed the same day and the company resumed its operation.

Let’s however remind that this incident is another one on the long list of the misfortunes that have been hitting Garanti Express since February 2018. That month indeed, the deputy manager of the agency in Yaoundé Justin Sangou was found dead (from gunshot wound) in his house.

The following month (March 2018), the courier service was sealed and the parcels of many users were blocked for more than one week. Recently (July 18, 2018) two people died and numerous others were injured in a road accident involving Garanti Express after Mbankomo toll gate. Those misfortunes tarnished the 29-year-old company’s reputation.