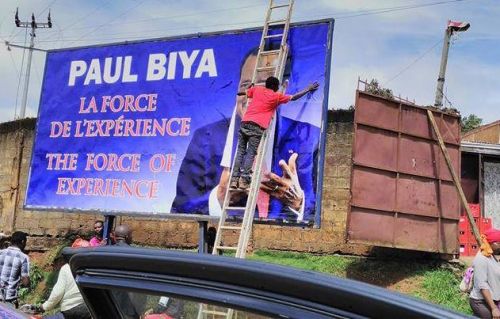 Is Paul Biya using a campaign slogan once used by late Omar Bongo Ondimba and many others before him?

It is said that the French slogan  "La force de l’expérience" used by Paul Biya had been used by Omar Bongo Ondimba. True?

The campaign slogan currently used by Paul Biya, the outgoing president, for the presidential elections set to be held on October 7, 2018, is "Paul Biya: the force of experience”. This slogan is actually making waves because some people claim that the slogan has once been used by late Omar Bongo Ondimba, former president of Gabon. Some others on the other hand claim that the slogan was not inspired by Omar Bongo Ondimba.

The fact remains that the slogan actually used by Paul Biya is the same as the one used by Omar Bongo. BBC even published a poster of Gabon’s former head of state in an article published on December 23, 1998.

Let’s remind however that Paul Biya may have inspired his slogan from the Quebec writer Charles Denis who in 2009 published "Robert Bourassa: La force de l’expérience" (Robert Bourassa: The force of experience) at FIDES editions.