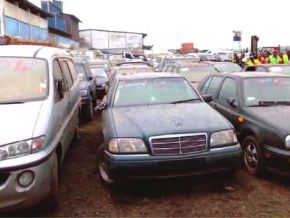 The object of an investigation being carried out by Cameroon’s custom top officials could be fraudulent clearances.

Suspicion of illicit clearances are raised not by only the average citizen but, they are also a concern for Cameroon’s custom administration.

In this regard, Fongod Edwin Nuvaga, Cameroon’s customs chief executive through the memorandum N°202/Minfi/DGD of October 18, 2017, “asks some customs officials to justify the clearance dues of their cars”.

He published the memorandum which named 19 suspected officials. Among those suspected custom officials, some possess 6 cars. Fongod Edwin Nuvaga thus ordered them to appear before the division of legislation and international cooperation of the customs directorate general, to justify the legality of their car clearances.