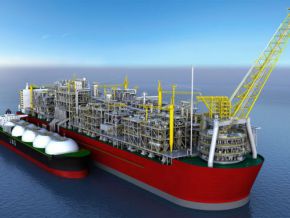 Did SNH abandoned the floating plant project undertaken in partnership with Perenco?

During the weekend of 28 to 29 January 2017, the rumour went around on social networks that “SNH [Société Nationale des Hydrocarbures] withdrew from the project for the installation and operation of a floating LPG plant [Liquefied Petroleum Gas]”.

Contacted, Mrs Haouwa, Communication Manager at SNH expressed her surprise with regards to this “scoop”. “So, we abandoned a project without being aware of doing so?”, she exclaimed, astonished. Before adding: “To my knowledge, SNH and Perenco are continuing the floating plant project”. We reached out to the Minister in charge of Water and Energy, Basile Atangana Kouna, who replied: “The natural gas liquefaction floating plant project for which we signed a first gas agreement, on 30 September 2015 with SNH, Perenco Cameroun and the company Golar Cameroun is ongoing and will enable us, ultimately, to become a net exporter of LPG. This project will start production before the end of this year [2017], with a production capacity of 2,500 tons of LPG per month”.

SNH confirms furthermore in this respect that in development in the gas resources sector, 91.69% progress in the works to convert the vessel Hilli as part of installation and operation of a natural gas liquefaction floating plant in Kribi offshore starting from 2017.