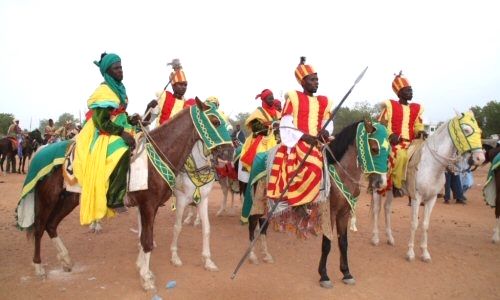 Is it true that Europeans have started visiting the Far-north despite the threat constituted by Boko Haram?

Since earlier this year, the regional directorate for tourism registered an influx of tourists in Mayo Sava.

Truly, the repeated assaults of Boko Haram in the Far-North since 2013 has reduced the influx of tourist in the region but, it didn’t stop the activity as many people thought. Indeed, the regional directorate of tourism in the Far-North has confirmed that since January 2018, “tourists were back”.

The delegation revealed that in December 2017, two groups of Dutch and polish tourists sojourned in the region. It also explained that they were delighted by the tourist attraction sites they visited in Danay, Mayo Kani, and Maroua.

Moreover, Jean Bello, delegate of the tourism ministry in Mayo-Sava, informs that on March 1, 2018, 21 Russian tourists sojourned in Oudjila. “This is the swallow that announces summer ! It is a sign of the revival of tourist activities and the interest of European tourists in the Far-North”, he said.

Since 2013, the regional directorate for tourism noticed that the occupation rate in some hotels which was 90% has decreased to 30%. This occurs in a context marked by the threat of Boko Haram due to which many embassies declared the region a “high-risk zone”.