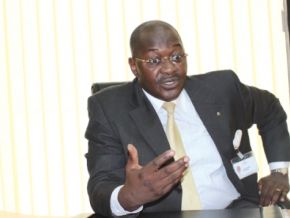 It is true, Joyce T is no longer allowed to board CAMAIR-Co flights !

Ernest Dikoum, director of CAMAIR-Co, says that the woman damaged the company’s image.

This is not fake news as many people thought on social media. On April 27, 2018, Ernest Dikoum, the managing director of CAMAIR-Co signed a memorandum explaining the reasons why a certain Joyce T is no longer allowed onboard the company’s flights.

According to the memorandum, from April 22, 2018, many Cameroonians shared images that showed the seats of CAMAIR-Co’s flights were in a bad condition. The pictures, which created that commotion, were posted by a passenger of the Douala-Garoua via Nsimalem flight QC 222.

The note reveals that the passenger (Joyce T) intentionally removed the cushions from the seats despite the flight crew’s numerous warnings. She even insulted the crew when they did so.

In view of this action which considerably damages the public airline company’s images, she is no more allowed to board the company’s flights until further notice.