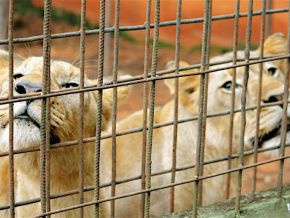 No, there is no zoonotic virus at Mvog-Betsi park in Yaoundé!

Many social media users claim that a zoonotic (transmitted from animal to human) virus-affected lioness died at the Mvog-Betsi park.

On April 30, 2018, when a lioness died in the Mvog-Betsi zoo, people panicked and shared concerns on social media claiming that the animal died of a zoonotic virus, which could be transmitted from animal to human.

They even said that the zoo, located at the heart of Yaoundé, was under the threat.

On May 1, 2018, the regional delegate of forest published a statement to dispel the gloom. In the statement, the delegate informed that the lioness died of a Parvovirus infection on April 30, 2018, despite all the appropriated care it was administered. The institution further informed that even though the virus is highly pathogenic with carnivores, it is by no means zoonotic. Therefore, the population has no need to worry about being affected by such virus.