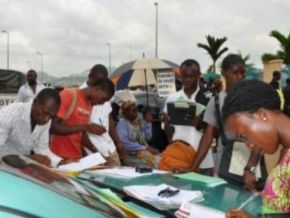 No, Cameroon did not launch special recruitment of 36,000 young workers, it was launched by Génie Vert

Information available online has it that this was instructed by the president. Is it true?

Social media posts claim that the government is currently recruiting 36,000 young people in the framework of a special operation instructed by the president. This is not quite true. This recruitment is the initiative of Cameroonian company Génie Vert, based in Yaoundé and operating in the agriculture sector.

The company is looking for qualified workers to join its team. The job ad being shared for days now indicates that this operation was launched under the sponsorship of the head of the country. This could be the reason for this misunderstanding.

"There is a misunderstanding. This operation was launched in the framework of an information campaign aimed at informing the population of Génie Vert’s existence and the opportunities it offers to the youth notably. This campaign has ended already," Génie Vert explains.

"Thereafter, with the government’s support, we will launch a national sensitization campaign to bring agriculture works to the attention of young people because we noticed their disaffection with these works," our source continued.

The source also explained that it was not fake news as some people are commenting. There will be a competitive exam in the framework of that recruitment, after the sensitization campaign.