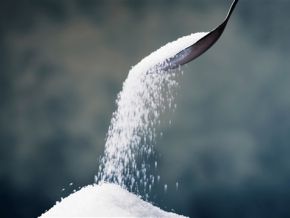 Are businessmen putting pressure to import sugar in Cameroon?

It is often commonly said that economic operators are trying to get the Ministry of Trade to issue an authorisation to import sugar under the pretext that there is a shortage.

It can no longer be a legend if the Minister of Trade (Mincommerce) talks openly about it himself. Luc Magloire Mbarga Atangana revealed during a visit, on 15 May 2017 to the warehouses of Société Sucrière du Cameroun (Sosucam – Cameroon Sugar Company) in Mbandjock, that he does not understand “the pressure coming from some businessmen to have the ban on sugar imports lifted in Cameroon”. The pretext used by these economic operators, whose names he did not reveal, is that there is a shortage of sugar.

The government member however indicated that Sosucam’s Mbandjock warehouse had, in May 2017, 8,500 tons of sugar. The Nkoteng warehouse, 32,000 tons. In Ngaoundéré, it was 1,400 tons. And in Douala, 11,000 tons. In addition to these stocks, we must add 10,000 tons to be produced by the end of the sugar season in June this year. Also by adding the 10,000 tons coming from imports of sugar cubes which are authorised by the Ministry of Trade to manufacture granulated sugar, we end up with around 50,000 tons of sugar available. Sufficient quantities to cover the demand on the national market until September.

Luc Magloire Mbarga Atangana revealed that those who want the ban on sugar imports lifted are “looking to make easy money”. “The sugar market is in free fall on the international market. Prices are at their lowest. And for them, this is about buying sugar at a low price on the international market, and selling it on the national market, to make a lot of money”, said the government member. The Mincommerce asked these businessmen who have enough financial means to import sugar to rather invest in Cameroon.