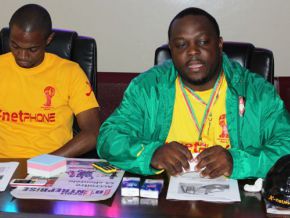 This multimedia phone is said to be 100% made-in-Cameroon. Is it justified?

When it appeared on the market on February 10, 2012, X-Net phone was introduced as the first ever 100% made-in-Cameroon phone. Truth is the X-Net phone was conceived, set, developed and designed by three Cameroonian engineers, but it was manufactured and assembled in China.

“What makes this mobile phone a Cameroonian phone, it is the minds behind its conception. It was conceived by Cameroonians and conception determines a product’s origin. The same principle stands in all sectors. The one who takes some wood, cuts it into a table is the wood that invented it. Here, we deal with technology and software. The issue is not about proving that this phone was made with the sand of the Sanaga River (in Cameroon), but that it emerged from Cameroonian minds,” explains Benjamin Lekoua, the developer of X-Net phone, on website Ticmag.

Nevertheless, the X-Net, whose sales have been put on stand-by, sustained its nationalist nature by local music as ringtones. It also offered a sub-product named telephone Jam derived from the writer of the national anthem’s lyrics, René Jam Afane. Finally, it was quite affordable and had many features (multimedia, lamp torch, Bluetooth, camera, etc.).