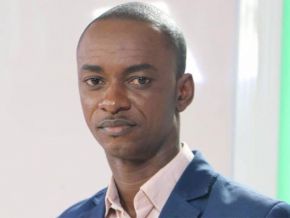 Rumors suggest that the Universe Party has partnered with MRC to maximize chances of winning the coming presidential election. True?

“I am open to the coalition. But it has not been signed yet,” Cabral Libii said on 30 September. During the “Destination Etoudi” TV show presented by Dipita Tongo on STV, the candidate of the Universe Party stated that if any coalition should take place, it must follow clear and precise criteria, without giving more details.

However, he reported that he is in more telephone contact with Joshua Osih of the Social Democratic Front-SDF than with the other opposition candidates. Cabral Libii said he has sent all candidates his coalition proposal with the underlying prerequisites, and he is waiting to move forward a consensus on the coalition. If nothing is done, he said, everyone will pursue their quests individually.

Elections are approaching and a possible coalition between the 8 so-called opposition parties might be set. “This is the only condition for defeating Paul Biya,”  some believe. Others are even peremptory; and have already created their coalition, though not officially.

Let’s recall that the election campaign was officially launched on 22 September and votes are scheduled for 7 October.