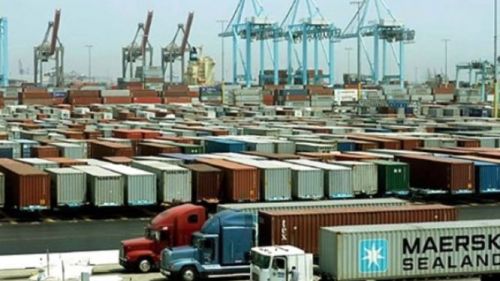 No, the port of Douala did not generate XAF22 billion in January 2020

Supposedly, the Container Terminal Authority of Douala’s port has earned 10 times the amount generated by its predecessor, the DIT, in January 2019. Is it true?

“Last month alone, the managing director of the PAD [Port Autonome de Douala] Cyrus Ngo'o, garnered XAF22 billion of public revenues, while Bolloré generated XAF2.5 billion in the same period last year.” This is a message that is being shared on social networks at the moment. It refers to performances of the Container Terminal Authority (CTA) recently set by the PAD in place of the Douala International Terminal (DIT), a subsidiary of the French group Bolloré.

The information is false, sources at the CTA revealed.

“This is not true. The amount credited to the CTA is too high. At the port, we still don’t know exactly how much was generated since the CTA was set up on January 2, 2020,” said an official of the PAD.

The same source added that during the first week of the CTA's activities, revenues were around XAF1 billion but it is very unlikely that it grew to XAF22 billion FCFA in a month.

Regardless, according to the PAD, since the CTA started operations, in place of the DIT, it had a turnover of XAF3.26 billion by January 24, 2020. This is up 4% compared to the same period in 2019 - XAF3.12 billion. Let it be emphasized that this is not the revenue generated by the CAT, only the value of its activities over the period concerned.