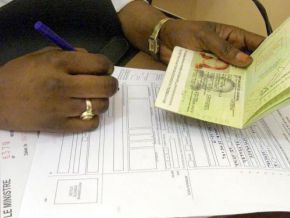 Many insist that free movement of goods and people is still in force between the two countries. True?

Cameroonian who still believe that they can go to Bamako at will with only their passport as sole document should get used to the fact that things have changed. And that, since 8 September 2015, date on which Cameroon and Mali signed an agreement to reinstate entry visas between the two countries. Which had not been the case since 1964. Indeed since Ahmadou Ahidjo’s time, citizens from the two States could move between countries without fearing some detailed checks at the borders. But with the rise of terrorist movements and the Boko Haram scourge, the two governments are now opting for a free, but nevertheless mandatory visa.

News confirmed this morning at the Malian consulate in Douala. We learned there that to go to Mali, a Cameroonian must have a passport and a real reason for travelling. The visa will be affixed for free in a valid passport. The consulate not being equipped to affix the visa, this will be done at the first land check post and at the Bamako airport, upon arrival. However, it must be noted that diplomatic or service passport holders as well as some professional categories such as sportspeople are exempted from visa.

Another issue, even though the announcement was made back in 2015, the Malian consulate in Cameroon has not yet been transferred from Douala to Yaoundé.