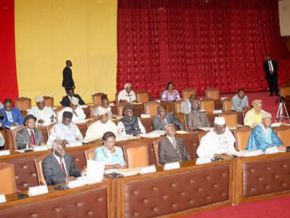 According to some people, Anglophone leaders clearly indicated that the North-West and South-West are no more interested by the position of Prime Minister.

The rumour according to which Anglophone leaders demanded the position of President of the Senate went around on social networks in March 2017, period during which was opened the parliament session.

Following this rumour, MP Ali Bachir who took part in the debates in Parliament House, indicated during a TV programme broadcast on 26 March that the Anglophones never asked to lead the Senate. But rather asked for the position of First Vice-President of the Parliament.

Indeed, on 24 March 2017, the Anglophone MPs requested that Hilarion Etong (Francophone), First Vice-President be replaced. But the point of order from the Social Democratic Front (SDF) was not adopted. Indeed, members of parliament from the leading opposition party imposed a break in the work session, for a decision to be reached on this position which they want to see given to an Anglophone.

For Honourable Banadzem and his party comrades, the second figure of the Parliament should be an Anglophone if the first is Francophone, as is currently the case with Cavaye Yeguié Djibril (Francophone), re-elected as President for the 47th consecutive year.

The point of order from the Social Democratic Front ultimately solved nothing because, the SDF MPs were not supported by their colleagues in the opposition, and even less by the English-speaking MPs of the Rassemblement Démocratique du Peuple Camerounais (RDPC).

Ali Bachir explained why the Anglophone leaders would not be interested in the Upper House of Parliament currently led by Marcel Niat Njifenji. “I have never heard of Anglophones requesting to become President of the Senate. I have never heard that. I believe a Prime Minister would be in a better position to tackle development issues”, he declared.

He added: “I remember, that this position of Prime Minister, when the President of the Parliament [the late Fonka Chan Lawrence] was from the Anglophone area, the same Anglophones met with the General Secretary of the Central Committee of RDPC and in turn the President of the Republic to request for the position of Prime Minister. And it was given to them”.