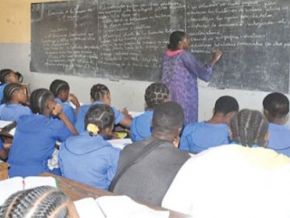 Most of the Cameroonian business owners hold only a primary school certificate!

The national institute for statistics INS reveals that 51% of companies in Cameroon are created by proponents who hold only a primary school certificate .

Most of the time, it is said that Cameroonian business owners have not pursued long-term studies. There are industry moguls such as Victor Fotso, André Sohaing, Kadji, etc. Though those ones are successful, the present day business owners who follow their example are not as successful as they were.

Indeed, according to a census of the national institute for statistics (INS), on the companies operating in Cameroon in 2016, 51% of those companies were created by proponents who hold not more than a primary school certificate (20% of those proponents do not even have a certificate).

The same census reveals that 24% of the companies were created by proponents with 9th Grade certificate and 7% with higher study certificates.

This shows most of the time, only Cameroonians who did not succeed academically embark in entrepreneurship, the institute revealed.  It further deduced that the important number of business owners without a certificate of primary school degree could explain the poor performance of national companies.