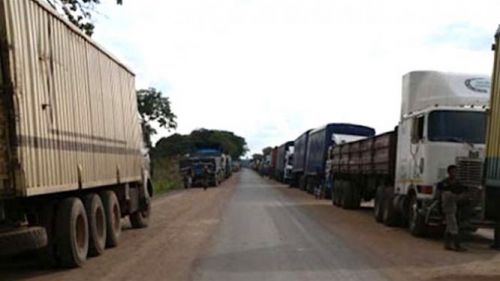 No, the Cameroonian inter-city transporters will not go on strike on July 5, 2018

People say that there is breakdown of communication between the government and the inter-city and urban transporters.

For some days, flyers announcing Cameroonian inter-city transporters’ strike are seen in Yaoundé. According to the flyers, the strike will start on July 5, 2018. Since June 29, 2018, the president of transporters' groups (Groupement des transporteurs terrestres du Cameroun-GTTC) announced that the strike was cancelled.

That day, Ibrahim Yaya, the president informed in a statement that following some ministries’ promises to find solutions to the various griefs (taxes, police hassles and the permissiveness toward the illegal immigrants), the strike has been canceled.

The GTTC then invited the transporters to go to work as usual and report any abuses toward them. Ibrahim Yaya also explained that by canceling that strike, he wanted, on behalf of his peers, to give the government enough time to find relevant and definitive solutions to the grievances posed by the transporters.