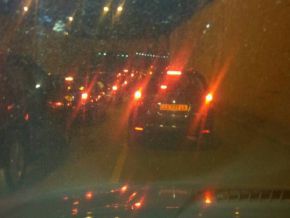 Is Paul Biya really back in Cameroon?

Some people, using pictures, would like to make us believe that the president returned to the country last Sunday. True?

Since the turmoil resulting from the manifestations in the South Western and North Western regions of the country, some people wonder where Cameroon’s president could be. Indeed, he has not been seen in public since he spoke at the UN tribune on September 22, 2017.

To put an end to the suspicions, someone released a picture claiming that Paul Biya came back on October 1st, which was by the way the country’s reunification anniversary day. Truth however is that the President is still of Yaoundé.

“The president’s trip was official, so will be his returning journey’’, a credible source mentioned. Though he is not in the country, president Biya published a Facebook post on October 1st on his official page. The latter reads: “I vigorously condemn the acts of violence wherever they may come from, regardless of their perpetrators”.

Concerning the picture circulating now, it shows cars going through a tunnel. “Yet, the president’s cortege never passes through tunnels,” our source stressed.

It could be the returning cortege of the ministers who called for unity in Douala this week-end simultaneously with the ministers’ march at the “Boulevard du 20 Mai”, the reunification monument in Yaoundé. They are: Laurent Esso, minister for justice and his peers Narcisse Mouelle Kombi, minister of culture, and Ngalle Bibehe, the ministry of secondary education.