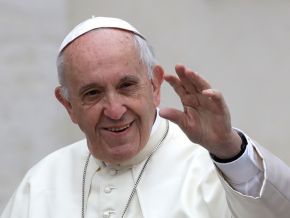 For days now, a rumor has been circulating on Facebook and Whatsapp. According to the rumors, Pope Francis, Catholics’ spiritual guide, has legalized pedophilia. For those who don’t believe the rumors, they are advised to watch a 2.42 minutes documentary on Youtube. The documentary also claims that a new biblical text has been discovered and it could legalize pedophilia.

Though the documentary seems legit, it is a parody and it was posted on a Youtube channel Akaruu specialized in parodies. In addition, the channel D News does not exist. It was a deformation of the information channel  C News of Canal+ group.

The first seconds of the video prove that it is not a legit news. First, the reporter says that it’s 6 AM but in the video, a clock shows 6:45 PM. Next, the information skits were not really credible. If not, how could such a news site report that the French prime minister was happy because the unemployment rate was rising or another skit claiming that a member of EI (Etat Islamique) claimed responsibility for the assassination of John F. Kennedy…

On the Youtube channel “Vatican news” which publishes all the pope’s statements, there is none on pedophilia. On the other hand, the pope usually addresses his speeches from the balcony of Saint-Pierre’s central hall, not the papall apartments as is shown on the video posted by Akaruu.

The papal apartments are usually used on Sundays in the afternoon for the day’s preaching, the Angelus prayer, and the Regina Caeli.