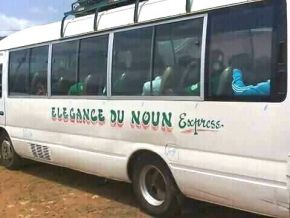 Yes, some transport companies still operate without authorization in Cameroon!

It is said that some well-known transport companies such as Charité Voyages, Elegance du Noun, Alliances Voyages, Super Grand Mifi plus Voyages, Fako Travelers, and Butrans Voyages still operate without being authorized to do so. True?

Many Cameroonians do not know it but, even presently (2018), intercity transport agencies which hold no authorization to practice are still under operation. This was confirmed by the statement published by Jean Ernest Ngalle Bibehe Massena, minister of transport on June 26, 2018.

In the document, the official informed that an audit conducted by its ministry’s department in August 2017 revealed that 32 transport companies presently in operation were not authorized ; a bit like underground operation.

Those companies had one month to comply with the regulation but, at the end of that deadline, only 26 did so. The remaining six decided not to comply with the ministry’s recommendation. The minister also informed that those companies were allowed an additional one month to regularize their status. Yet, they did not do so. Those six companies are Charité Voyages, Elegance du Noun, Alliances Voyages, Super Grand Mifi plus Voyages, Fako Travelers, and Butrans Voyages.

Jean Ernest Ngalle Bibehe Massena finally said that they have been allowed an additional 15 days to comply or their operations would be suspended.