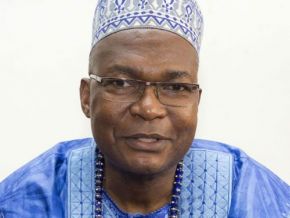 No, the housing minister does not take part in the EAMAU entrance exams’ grading !

According to some people, the current results indicate the minister’s involvement, for tribal reasons.

Following the polemic raised by the results of the 08-09 May, 2018 test for entrance to Ecole africaine des métiers de l’architecture et de l’urbanisme (Eamau), the renowned architecture and urbanism school in Lome, Togo, Cameroon’s minister of housing and urban development Jean Claude Mbwentchou, clarifies some points to those accusing him of regionalism. Indeed, listening to the names of most of the admitted, one would say that they are from the Western region and were favored by Cameroon’s government.

In the clarification he published on August 22, 2018, the minister explained that once the test is launched Eamau notifies all the architecture and urban development ministries of member countries via DHL and publishes a notice on its website.

Once the notice is received by the ministries, it is published via press statements and copies sent to be pasted in decentralised services. To ensure that the maximum number of candidates are informed, these notices are also sent to major universities and schools, and the application forms made available at the department in charge of architecture every opening day. Once the submission deadline has passed, the applications received are sent to the EAMAU via DHL.

"Prepared independently by EAMAU in Togo, the written tests are sent to the different countries via DHL in sealed envelopes", the minister explained. He added that those envelopes are opened by the military forces called to ensure security during the exam in the only examination center (where the exams have always been held since 1984 when it was launched in Cameroon).

After each written test, the copies are anonymized by the same military and at the end of the exam, under high surveillance, those copies are sent the same day to the EAMAU via DHL.

This means that the results published in the press release in the country are the ones sent by the EAMAU, the official continued.

He then invited Cameroonians to massively submit their applications for this exam which is always launched each year between end- March and the first week of April.