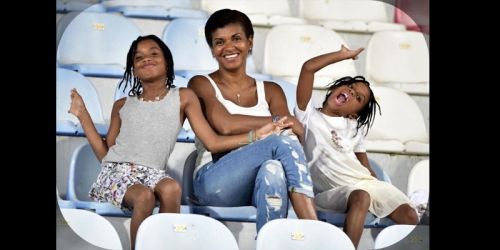 It is said that she defended him following the criticism he received after his public support for the candidate Paul Biya. Is this really her Facebook profile?

Since Wednesday October 3rd, the Facebook account in the name of “Georgette Eto'o Certifié” has had a large number of new fans. The last post on it has been shared 645 times at least.

“Sometimes it takes losing a man to recognize his worth and fall into eternal regret. In life, everything is about choice and choice is and will remain personal. There is nothing you can do in this world to be well seen by everyone, the beautiful proof, Christ was crucified despite everything he did for humanity”, the post stated.

This made people believe that Georgette was defending Eto'o Fils, attacked by part of the web since he declared his vote in favor of presidential candidate Paul Biya. But this page is not that of the discreet wife of the famous Cameroonian footballer. This account was created in June 2016; first under the name “Georgette Eto'o”. A month later, it was changed into “Fan page Georgette Eto'o”, then became “Célibataire certifié” (Certified Single). The current name is “Georgette Eto'o certifié”. It is just another fake account.

It mainly features public photos of Samuel Eto'o and his family as well as biblical passages. Yet Eto'o's wife has always been discreet and mysterious, even in 2014 when the Nathalie Koah affair occurred.