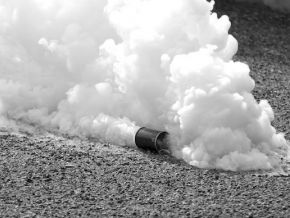 Yes, IT equipment and tear-gas were seized from some prisoners in Cameroon

During a search at Kodengui central prison, cellphones, laptops, Indian hemp and tear-gas were seized from some prisoners.

It is usually perceived as a story straight from a polar but, it is a reality in Cameroon. Prisoners sometimes have equipment people could not imagine. On August 2, 2019, Renée Emmanuel Sadi, the minister of communications, confirmed this during a press conference in Yaoundé.

According to the official, after the mutiny at Kodengui central prison on July 23, 2019, systematic searches were conducted by the prison’s competent authorities.

During the search, important volumes of cash, numerous communication materials such as cellphones, sim cards, chargers and batteries, USB keys, modems, memory cards and laptops were seized from some prisoners.

In addition, the minister indicated, “cold weapons (…), an important quantity of Indian hemp and cigarettes as well as tear-gas were found.”