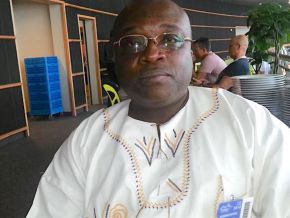 On December 2, 2017, Joseph Oum II invalidated his statement a day after it was published.

On December 1st, 2017, a press statement attributed to Joseph Oum II, prefect of the Manyu county (a Southwestern province of Cameroon), was shared on social media. This statement asked the residents of some villages to vacate because a military operation was being prepared in order to track killers of members of the defense force in the English-speaking part of the country recently.

Despite the controversy around the origin of this statement, it was really from the prefect. He confirmed that he was the author during an interview with Radio Evangelium, a local radio station.  “I request that this statement be withdrawn and be considered as my request for a frank cooperation between residents and members of the defense force”, Joseph Oum II said.

This reversion followed a press statement by Bernard Okalia Bilai, governor of the southwestern region, who invalidated the safety measure.

Indeed, in this statement published on December 2, 2017, the governor, informed that the residents of some villages in Manyu panicked as a result of the statement of Joseph Oum II, said that it is “invalid”.

“Therefore, the governor asks residents to stay calm and remain in their villages, he assures them that any military action will be for their protection”, the statement read. In that regard, Bernard Okalia Bilai invited the residents to collaborate with armed forces.