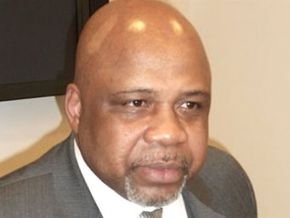 Has Célestin Bedzigui truly declared his support to Paul Biya for 2018 presidential elections?

Yet, till now, the president of Parti pour l’alliance libérale (PAL) has been a fierce opposition member.

The news seems a bit incredible but Célestin Bedzigui, the president of parti de l’Alliance libérale (PAL), who was a fierce member of the opposition supports the candidature of Paul Biya for the presidential election which is set to October 2018.

“in the present state of the political environment in which there are many frivolous candidatures, to support the candidature of Paul Biya is the least bad option, even better, it is the better choice to prepare the future of PAL”, he said in a post being shared on social media.

To explain his sudden change, Célestin Bedzigui said that a month ago, Paul Biya had instructed the competent services to initiate the procedures which would lead to the construction of  Lebanga dam on Snaga river, downstream Monatélé. Its production capacity is 1,000 Mw and, it is the third powerful dam after Inga dam in Zaïre and Assouan in Egypt. The dam will cost $2  billion (CFA1,000 billion).

“I am the proponent of this project on which the financial and technical partners will start the studies in the coming days. It is a step which falls in the industrialization vision of PAL, the political party I’m presiding”, he continued.

According to the politician, by agreeing to the project, Paul Biya has proved that his patriotism can take over the political manoeuvers which could have stopped such initiative which is beneficial for Cameroon. Hence his support.