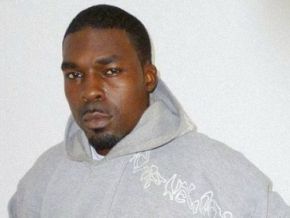 A Valséro conference banned in Douala?

It is said that a conference given by the violent rapper was interrupted by order of the deputy Préfet. True?

Valséro, well known for his aggressive rap lyrics against the system, pushed a Colonel to put an end to the conference the singer was giving at the French Institute in Cameroon (IFC) in Douala. This Tuesday 2 February, discussions were ongoing on the role of the artist in the development of the society when 5 or 6 soldiers turned up, cutting short the discussions.

According to an IFC employee, the Director of the Institute requested a prohibition letter from the Colonel. The latter went for the requested document and returned to formally ban the ceremony. The prohibition letter was signed by the deputy Préfet of Douala 1er arrondissement. The meeting was stopped under the helpless gaze of Valséro, some other artists and journalists in attendance.

A ban which obviously is the result of a series of activities carried out recently by Valséro and his team for the youth. Indeed, the rapper was launching on that Tuesday the “commitment week” (Sec) to boost the youth's involvement in the political life of the country.

For years, Valséro has called for the youth to make their voice heard by registering on voters lists. The commitment week’s programme includes from 2 to 9 February a tour to raise awareness, HIV/AIDS screening tests. Moreover, the new political path of Valséro is obviously incurring some people's wrath. He is involved in the political party “Croire au Cameroon” (Crac – Believe in Cameroon) of Bernard Njomga.