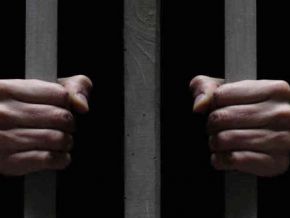 A close associate and member of the party of the Minister of Communication, Issa Tchiroma, may have been arrested

According to messages going around on social networks, it is Mr Mawele, Deputy Director of Salary and Personnel at the Ministry of Communication and Regional President of the Front pour le Salut National du Cameroun (FSNC).

“A certain Mr Mawele, Spanish lecturer and Deputy Director of Salary and Personnel at the Mincom [Ministry of Communication] has been held for some days now at the Kondengui prison with six IT technicians working at Mincom, Cenadi [National IT Development Centre] and Minfi [Ministry of Finance]”. This message has been shared on social networks since 31 January 2017 and generated many comments. Most people reacting have doubts on the veracity of this information.

After verification, stopblablacam.com can now certify that Mr Mawele was indeed arrested in December 2016 in his office, in Yaoundé, by members of the Military Security force (Semil).

He is indeed, one of the founding fathers of the Front pour le Salut National du Cameroun (FNSC), the party to which belongs the Minister of Communication, Issa Tchiroma.

Mr Mawele is supposedly involved in a case of registration traffic and undue premiums for military personnel, commonly called “Mboma” in Cameroon. In practical terms, this is about several bonuses which end up in the salaries of military personnel with no justification. An army Lieutenant, for example, through a scheme of addition of undue premiums who normally receives FCfa 300,000 can get a revenue of FCfa 1.7 million on a monthly basis, and so on.